Dave began to work in kitchens at an early age to help pay for his band gear. He moved to Winnipeg in 1989 and wrote for the Red Seal exam for the trade of Chef’s and cooks. Not content to stop there, Dave was a big influence on bringing the Gold Seal exam for Culinary Arts to Winnipeg. As such he shares the highest designation available for Chef’s in Canada with six other Manitobans. Moving from the kitchen to the bakery Dave studied artisan bread making with Didier Rosata at the Dunwoody institute in Minneapolis. Then he started his own bakery and catering company called Toute Sweet.

Dave has a broad base of musical experiences and technical abilities. Dave began his formal study of music at Capilano College in North Vancouver. He continued his studies at the Canadian Mennonite University as well as the University of Manitoba and the University of Winnipeg. In addition to his musical knowledge, Dave has studied audio theory at several local studios. He continues to independently study in the areas of recording and engineering. Dave has published several songs and is currently studying for his grade 6 RCM piano. For the last ten years Dave has been teaching music and recording arts to high school students in the inner city. 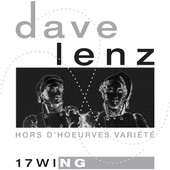 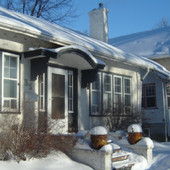 Hear "Back To Transcona" below: